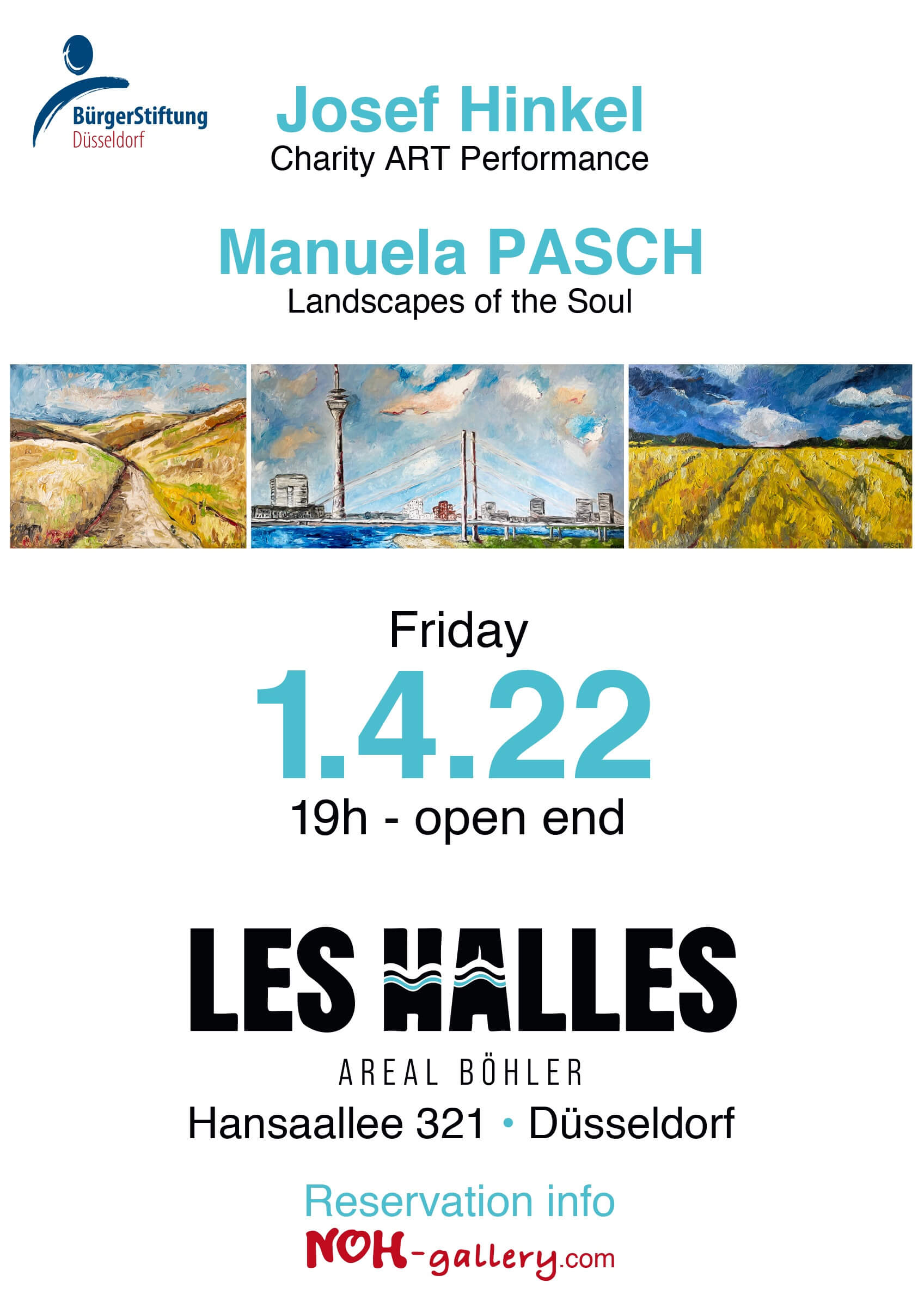 The NOH-gallery was founded in the middle of the 90s in Düsseldorf by Stefan Hollenberg. After expositions at permanent premises, with artists such as Wolfgang Schäfer, Dimitri Vojnov and Soulis Moustakidis, the diverse art projects were taken to different places, like Amsterdam, Barcelona, Berlin and Tel-Aviv. Since then, this concept of not exposing art at permanent premises, but at different places, has been in constant development.

One of the projects of the NOH-gallery consists in presenting the different works of painters, artistic photographers and graphic designers in a new kind of exposition, projecting their paintings or pictures onto the complete façade of different buildings of a city.

The important thing about it is not if the buildings, which are immersed in the projections, are in one or more districts of the city. It’s more about the houses as such, i.e., if it’s an interesting building or maybe one that is considered an “eyesore” of the city, which can be embellished or put into focus by means of the artistic projections.

Just as in a permanent gallery, the exposed art objects can be acquired. Of course you can acquire the original crafted by the artist, but also the reproductions of photos of the installations or even the installations as such.